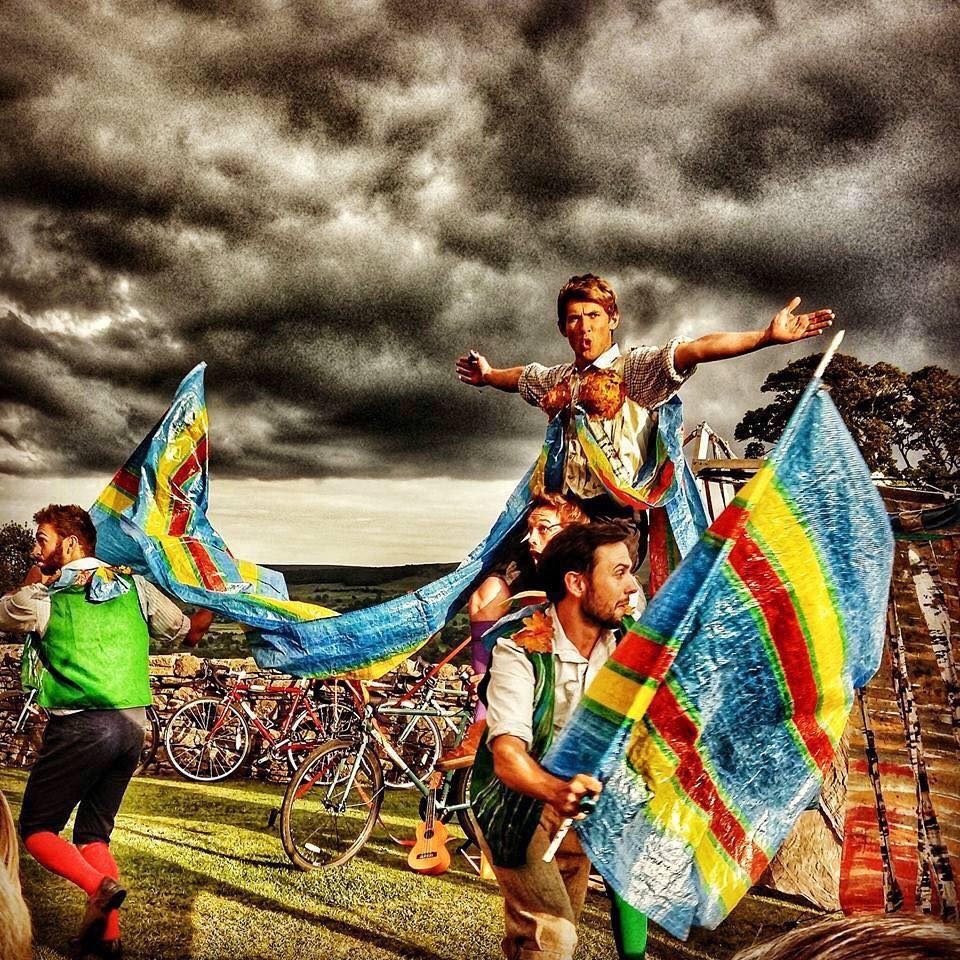 Though this be but madness, yet there is method in’t. Since 2013, the HandleBards have clocked-up over 5000 miles by cycling around the world performing Shakespeare. Described by none other than Sir Ian McKellen as ‘uproariously funny’, they set the world on wheels with their unique brand of extremely energetic, charmingly chaotic, environmentally friendly cycle-powered theatre.

This is Shakespeare done a bit differently – cycling from venue to venue and using their bikes to power various surprises and contraptions on-stage, they play all the parts in Directors James Farrell (RSC, West End, Chichester Festival Theatre) and Emma Sampson’s (of Riff Raff fame) hilarious 1930s-styled shows.

Currently touring Hamlet and A Midsummer Night’s Dream around India, Singapore, Myanmar and Malaysia they will be back in London for ONE DAY ONLY to perform in honour of Shakespeare Day.

Take a look at their latest trailer: