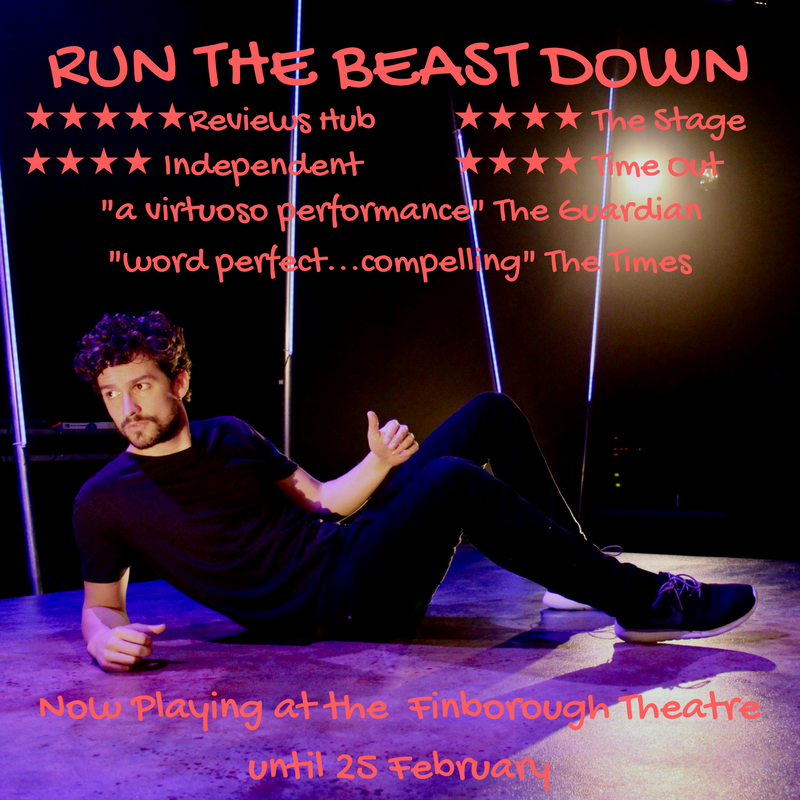 Fantastically Foxy Press Reviews for RUN THE BEAST DOWN

“Run the Beast Down, the debut play from writer, director and musician Titas Halder, is a bewildering, kaleidoscopic tale of an impressionable young man gradually losing his sanity, realised with compelling intensity by director Hannah Price and sole star Ben Aldridge.” Fergus Morgan, The Stage

“Smart and fiendishly simple in its design and execution, but it packs a powerful punch.” Stephen Collins, Live Theatre

“A real flair for rhythmic organisation and shifts of tone.” Paul Taylor, Independent

“This has thrown Halder into the scene as someone with tremendous promise.” Matt Breen, Time Out London

“The most remarkable aspect of this entire production, directed by Hannah Price, is the originality of Aldridge’s performance.” Dan English, The Reviews Hub

“Aldridge is superb, walking the tightrope between sympathy and surreality for 90 breathless minutes.” Fergus Morgan, The Stage

“A talented lead and smart production.” Joe Weinberg, View From the Cheap Seat

“Aldridge, naturally, who holds it all together with a multi-stringed performance that encompasses paranoid rambling to the ungodly screeching of his vulpine nemesis.” Matt Breen, Time Out London