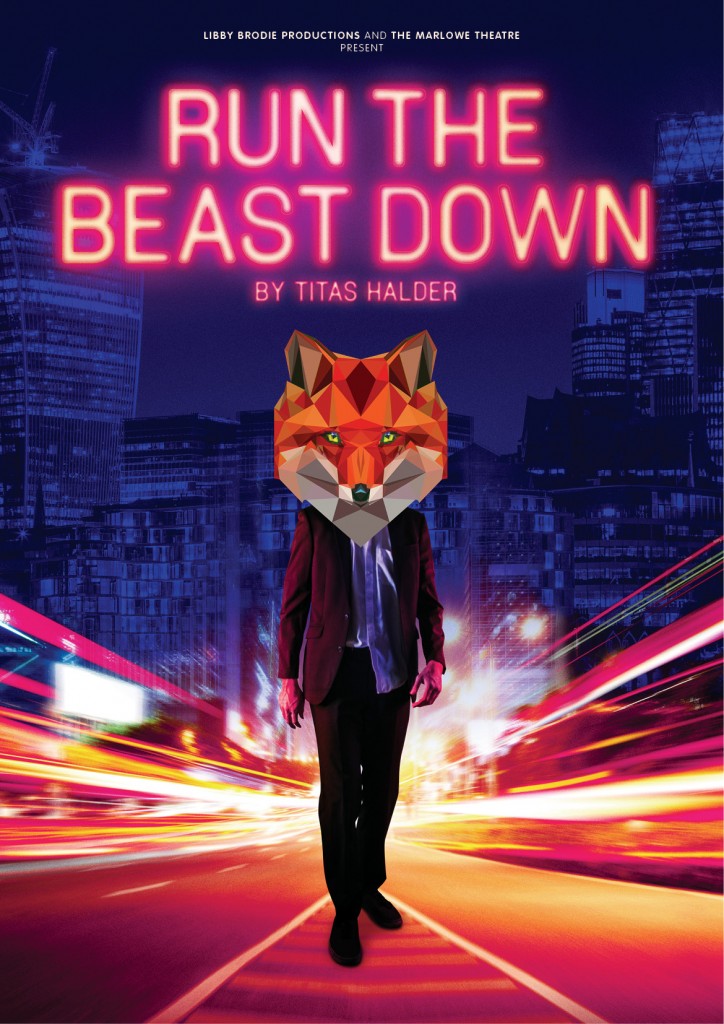 “When I looked up, I saw him. Burnt orange, bright against the summer woods. He stood grandly on all fours, the King.”

Award winning director Hannah Price directs the world premiere of new playwright Titas Halder’s debut play, Run The Beast Down, opening at The Marlowe Studio 24 – 28 January ahead of a London transfer to the Finborough Theatre for a four week limited season on 31 January 2017

Charlie has stopped sleeping. His neighbour’s cat has been dismembered. And worse, he’s being haunted by an urban fox. In a haze of neon-soaked insomnia, lines blur between reality and fantasy. What are they up to? Whatever it is, it’s big. The mystery twists its way towards a dead rabbit, a city in flames and a Kendal mint cake fuelled murderous showdown.

An exhilarating theatrical journey performed with a live electronic score, Run The Beast Down is a boundary-pushing hybrid piece of theatre and music, combining elements of storytelling, dark comedy and magical realism with a pulsing soundtrack.

Run The Beast Down is Titas Halder’s first full length play and has been developed under the ROAR! New Writing Project at the Marlowe Theatre, Canterbury. It will be directed by Hannah Price, founder of Theatre Uncut and director of the critically acclaimed Boa (Trafalgar Studios), starring Dame Harriet Walter and Guy Paul.