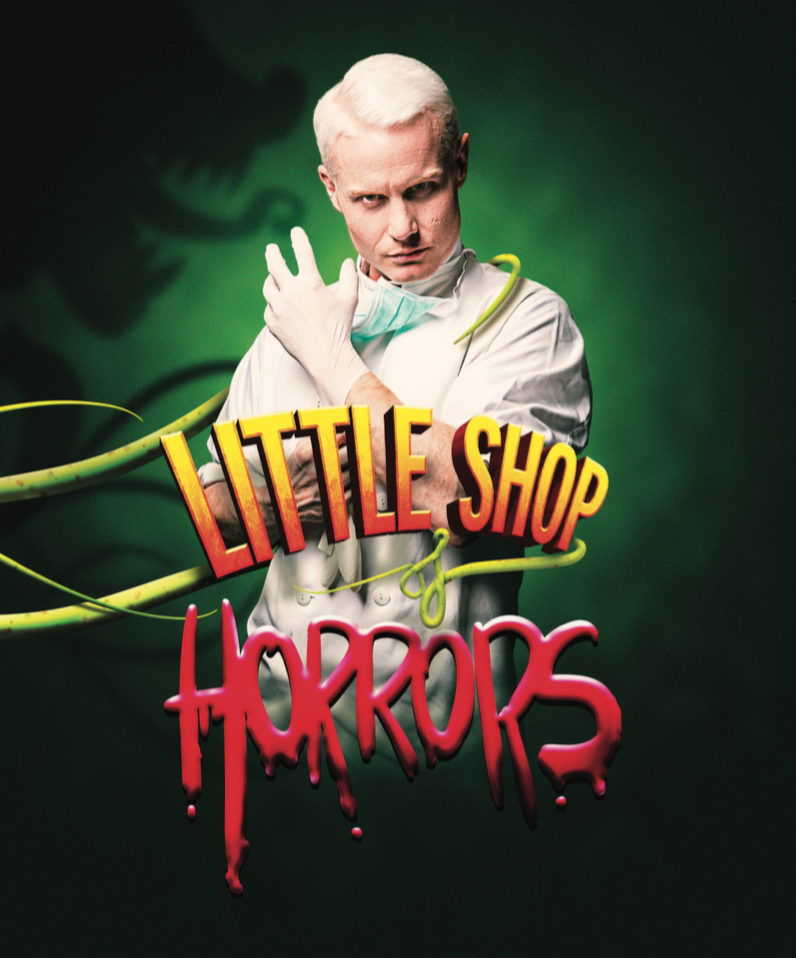 Little Shop of Horrors starring Rhydian as the Sadistic Dentist

We are thrilled to announce that Libby Brodie Productions is Associate Producer on the 2016 UK Tour of the hit musical comedy, “Little Shop of Horrors” starring Rhydian as the sadistic Dentist, Orin Scrivello.

Seymour Krelborn, the assistant at Mushnik’s Flower Shop in downtrodden Skid Row, becomes an overnight sensation when he discovers a strange and exotic plant. He names it Audrey Two in order to impress glamorous Audrey, the colleague he’s secretly in love with.

Audrey Two quickly starts to wilt, putting Seymour’s job and dream future with Audrey at risk. Accidentally pricking his finger, Seymour discovers Audrey Two needs a little more than plant food to thrive. The plant grows into a bad-tempered, foul-mouthed carnivore whose voracious appetite becomes increasingly difficult to satisfy. How far will Seymour go for the woman of his dreams?

Rhydian will play sadistic dentist Orin Scrivello. Rhydian rose to fame as a runaway success on ITV’s X Factor. Since then he has sold in excess of a million albums worldwide, released 6 albums and duetted and performed with some of the biggest names in the music industry. His many theatre credits include Grease, We Will Rock You, The War Of The Worlds, Jesus Christ Superstar and the 40th Anniversary Tour of The Rocky Horror Show. Rhydian has just completed his third solo UK tour and is a Classical Brit Award nominee

With music by the legendary Alan Menken, best known for his numerous Walt Disney film scores, Little Shop of Horrors is a cult film and one of the longest running off-Broadway shows of all time.

Little Shop of Horrors is produced by David Hutchinson, Phillip Rowntree and Stephen McGill for Sell A Door Theatre Company Ltd and Damien Tracey Productions Ltd and is directed by Tara Wilkinson, Associate Director of Motown the Musical in the West End. Other recent credits include Associate Director of Memphis and Sunday in the Park With George, also in the West End.